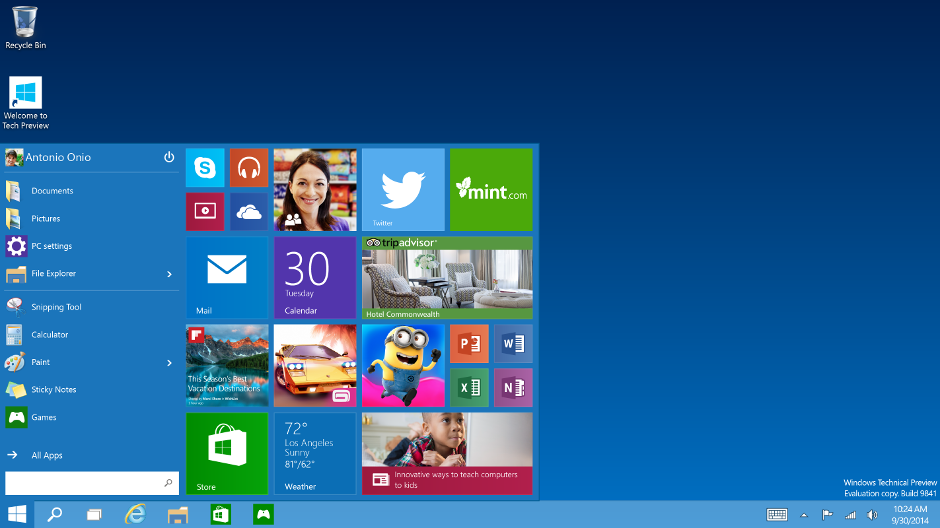 As Windows users, you’re probably excited about Windows 10. But you might also be wondering which of the new features is the most useful. This article will discuss Cortana, Storage Sense, and the new Start menu. It’s also the perfect time to explore Cortana and Storage Sense for yourself! There’s a lot more to Windows 10 than meets the eye! Take a look at these tips and features and you’ll be pleasantly surprised!

Microsoft has added numerous new features to Windows 10 that have made it more user-friendly than its predecessor. From a super-fast start to enhanced security features, Windows 10 is a step forward in PC usage. But with all of these new features comes a plethora of hidden features. Let’s explore them and decide whether Windows 10 is the right choice for your computer. Here are some of the best new features of Windows 10.

The new File Explorer in Windows 10 gives you a new way to browse the local file system and pin your favorite folders. Microsoft also announced the death of Internet Explorer and released its own browser, Project Spartan, which includes Cortana, contextual searching, and web page interpretation. Spartan also allows you to share web pages with other Windows users. For your convenience, Windows 10 has also incorporated a new way to view your calendar.

If you use a Windows PC, you’ve probably heard about Cortana for Windows 10. The new virtual assistant can be activated with a simple command prompt or waking phrase. It has a variety of useful features, including opening apps, locating files, fetching news and weather, and scheduling calendar event reminders. You can even use Cortana to find emails and play my emails, among other things.

First, you’ll need to enable the microphone and voice activation on your PC. Once you’ve done this, you can use voice commands to interact with Cortana. Simply say, “Hey Cortana,” and she’ll perform the action for you. For advanced functionality, you’ll have to give Cortana permission to access the internet. If you’re unsure of how to use the virtual assistant, you can read our guide to using Cortana.

The Start menu in Windows 10 lists all installed applications in alphabetical order. Some apps are nestled inside folders; clicking on them will display their content. The left-most pane contains icons for Documents, Pictures, Settings, and Power. Clicking an icon expands its names to view the icons. It returns to a condensed view when you click it again. There are other options to customize the Start menu, such as setting up your computer for speed and performance.

The start menu has a button that is similar to the Windows 8 start screen. You can also access it by pressing the Win key or Ctrl+Esc. The Start menu is also found on the taskbar, with the exception of Windows 8 and Windows Server 2012. In those versions of Windows, the Start menu is located in the secondary taskbar. If you’re using a touchscreen, you can swipe in from the right or slide up or down to access it.

If you have an unused application or feature you don’t use often, you might consider uninstalling it. The first step is to open the Apps & Features page, where you can manage the list of apps on your PC. There, you’ll also find links to manage the ancient parts of Windows. Some built-in applications are actually essential for Windows 10, while others are not. If you’re unhappy with one of them, you can uninstall it and make room for new ones.

Uninstalling built-in apps from Windows 10 is relatively easy, but some apps, like Cortana and Microsoft Edge, are not available through the normal uninstall process. In that case, you can use PowerShell, a task-based command-line shell. This program will uninstall many modern applications that come bundled with Windows 10.

The various versions and editions of Windows 10 are designed for different uses and architectures. The most common standalone editions are Baseline and Professional, while the Enterprise and Education editions are exclusive to certain device classes. Among these, the Education edition is designed for use in educational institutions and can be purchased for an unlimited number of computers. However, the enterprise edition contains some key features that are not available for the home user.

To find the version number of your operating system, you can use the Windows Version tool. To access the tool, press Windows Key + R and type “winver” into the Run dialog. The version number will appear in a format similar to the following: YYMM. This means that the operating system is the seventh month of 2016. The pro edition of Windows 10 is the latest version. In case of doubt, go for the Pro edition.